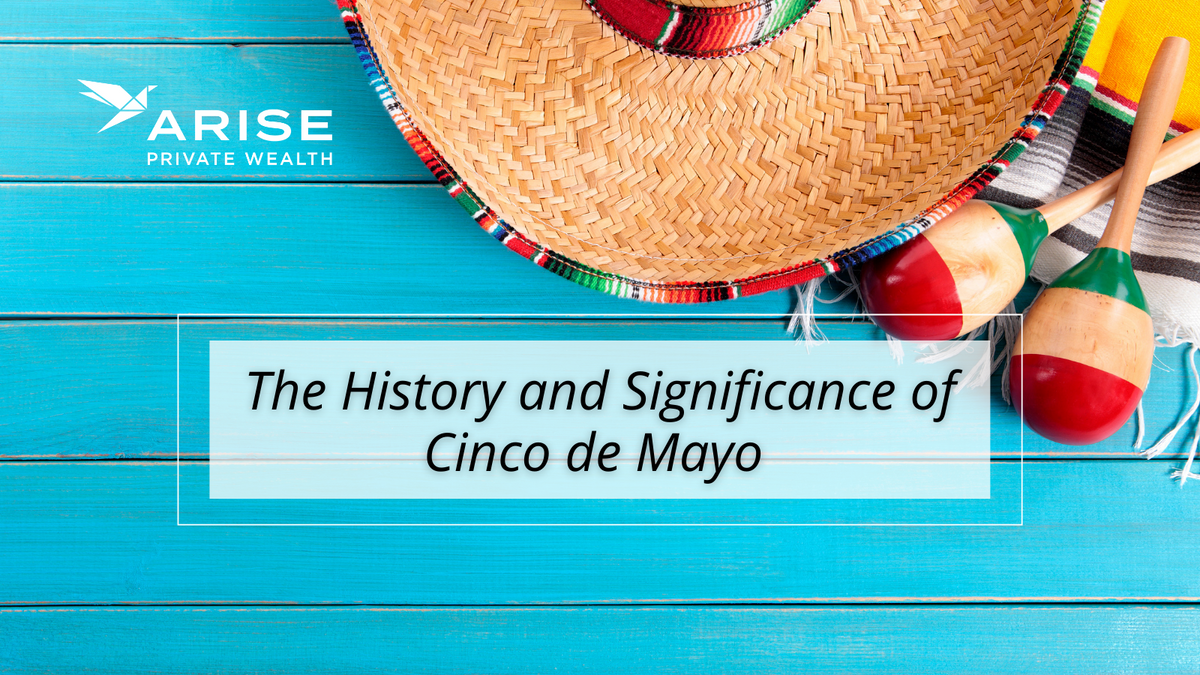 The History and Significance of Cinco de Mayo

Celebrated on the fifth day of May, Cinco de Mayo is an increasingly popular holiday that honors the Mexican Army's victory in the Franco-Mexican War. The date is sometimes referred to as the Battle of Puebla Day, which the Mexican Army won and used to turn the tide of the war. Even though it is a Mexican holiday, it is considered a much more minor holiday in its home country and more popular in the United States.1

The Commemoration of the Battle of Pueblo

Many people confuse the holiday of Cinco de Mayo with Mexican Independence Day, which occurred 50 years before and is the day when Mexico gained its original independence. Instead, the May holiday is designed to celebrate a battle that occurred in 1861. The Battle of Puebla was fought over a failure to pay debts which the newest elected president defaulted on to European governments.2

While France, Britain, and Spain all sent naval forces over to Mexico to demand payment, the Spanish forces negotiated with Mexico and withdrew. Napoleon III saw this debt collection as an opportunity to acquire some of the Mexican territories for France and stormed Veracruz with their forces.1

6,000 troops were sent to defeat the Mexican forces in Puebla de Los Angeles, and it was thought that victory would be swift. The Mexican president quickly amassed a following of 2,000 rounded-up men for the battle. They fortified the town to protect it against the French artillery and, though heavily outnumbered, prepared for the assault.1

The battle was short, lasting only from dawn until dusk, and in the end, the Mexican forces pushed the French forces to retreat, sustaining only a loss of 100 men, significantly less than the 500 men lost on the French side.1

While the win at the Battle of Puebla was not considered a major win for Mexico's war with the French, it was a symbolic victory that served as a rally to bolster the resistance movement against the French invaders. It would take almost six more years of battles and political pressure from the United States before French forces withdrew, but most would agree that this battle helped light the fire across the country.1

While the date is mostly celebrated in Puebla, where the unlikely victory is still close to locals' hearts, other parts of the country participate in various celebrations. Typical celebrations include parades, festivals, and events that commemorate each event of the battle.1

Why Cinco de Mayo is Celebrated in the U.S.

Cinco de Mayo is widely celebrated in the United States. Yet, instead of an actual commemoration of the battle, it has become a time to celebrate the culture and heritage of the Mexican people. Celebrations in the U.S. include parties, parades, and festivals that feature Mexican food, dancing, music, fashion, and history.1

This material was created for educational and informational purposes only.

All information is believed to be from reliable sources; however LPL Financial makes no representation as to its completeness or accuracy.

This article was prepared by WriterAccess.